As night begins to fall on the forest, a large black wolf with a deep scar across his left eye prepares to hunt. He circles his litter of cubs and the adult wolves of his pack one last time before stalking off through the undergrowth.

He feels the forest to his core, and can communicate with it. He is a creature of pride and honour, who values his family above all else. The Wolf would do anything to keep his family safe yet understands, and accepts, the violence and death at the centre of his existence.

Into this idyllic dusk comes unspeakable evil: a bald and muscular man dragging the corpse of a young woman through the forest in search of a place to bury her. Shovel in hand, The Bald Man notices the pack of wolves and smiles…

As the moon rises, The Wolf returns with his kill only to find his pack brutally slaughtered. Catching the The Bald Man’s scent on the wind, The Wolf gives chase.

Growling, The Wolf makes his presence known. The man instinctively recognises The Wolf as the alpha of his pack.

The Wolf and The Bald Man square off, circling each other. A vicious fight ensues. The Wolf eventually triumphs.

Covered in blood, more than a little of it his own, The Wolf collapses in exhaustion next to The Bald Man’s corpse, his heart beating a fierce tattoo under his fur.

At break of day, The Wolf awakens, but in the night he has transformed. Somehow affected by devouring the man’s flesh and swallowing his blood, The Wolf is now a fully-grown human male, recognizable only by the scar that still appears over his left eye, now beneath long black hair.

Whether this punishment is a result of his failure to protect his pack or even devouring their killer, the result is clear: he can no longer hear the forest in his heart, except for one final message, “Go, you are no longer welcome here”.

Running wildly, The Wolf breaks through the tree line, coming to a winding road cutting through the forest and leading to a distant city. With tears streaming down his new face, he walks towards this dark, grey and angry place…

The Wolf‘s story continues in Torn, written by Andrew Constant and illustrated by Nicola Scott and Joh James. 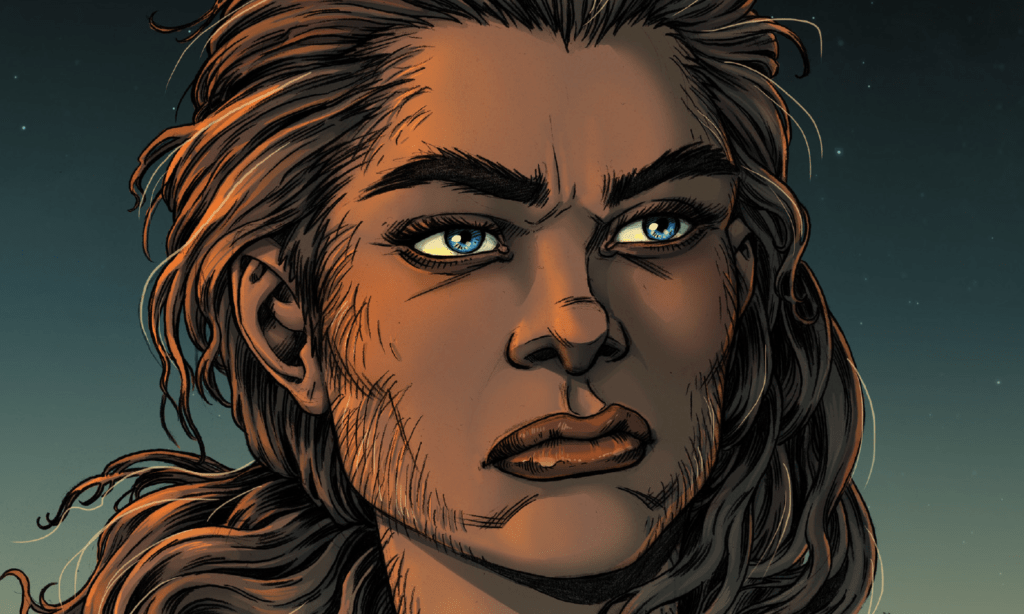